‘REFspect’, How We Began, And Where Are We Now. 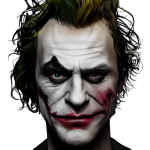 At present, i am a senior support worker which can sometimes be challenging but also very rewarding, the people i support suffer, with learning difficulties and mental health issues, My role being to build their trust and self-confidence, in turn helping them to face everyday life to the full again and within their communities.

I have been involved in junior football for well over 30 years now and throughout those years, I have witnessed first hand a lot of incidents including.

Verbal abuse, racist comments, bullying, aggressive behaviour and the smoking of illegal drugs on the touchlines of some Junior leagues. not just on Merseyside, but grassroots leagues throughout the country.

I have witnessed children crying because their parents are involved in fighting with the opponent’s parents, referees abandoning games and walking away from them never to return to the game because of threats and abusive comments directed towards them.

Committee members have stepped down due to aggressive parents and some coaches within the game.

Campaigns like Don’t X The Line CIC (Not For Profit) must be continued to be supported by the decent people who support the sport for all the right reasons.

Together we must protect our children and referees, and bring sportsmanship, reFspect and fair play into grassroots football.

I was at one of the local parks one Sunday morning and I stopped to listen to a few abusive parents at a junior league game. All hell broke loose between the parents and players. The referee was running for his life, as a lot decided to target him. Luckily it the incident was brought to a halt by the committee and a serious injury was diverted. Why should anyone have to put up with this sort of behavior at any sporting event? This is a learning process for our youngsters, isn’t it?

This was the moment that I decided something had to be done, especially to defend the referees, as unfortunately, they are the ones in the firing line from all sides.

in late December 2003, I discussed this campaign being formed with one of the local referees who told me something had to be done to stop this mayhem as someone is going to get seriously hurt and possibly worse.

My head was spinning with ideas, once I had returned home I started to put pen to paper with ideas; and came up with the title of Don’t X The Line, after my wife Shirley put her input of the X instead of the word cross, which i thought was a brilliant idea,  Early that morning  I awoke at 4 am I thought of many ideas for forming the campaign, so downstairs i went and proceeded to put pen to paper and write my ideas down; after just 48 hours I had all the leaflets etc back from the printers and I was ready to launch the Don’t X The Line campaign.

In January 2004 I met first with Everton Football Club, shortly followed by Liverpool FC, they both approved of the campaign and gave us their full support and permission to use their logo’s for use on our website and banners,They gave us museum tours for teams and spectators who showed sportsmanship and fair play throughout the season within their leagues.

Before long I was nominated for a Barclaycard award by Everton FC, which to my astonishment and embarrassment, I won. Don’t X The Line became an award-winning campaign and a few years on in 2009, I became the first winner of the sir Bobby Moore FA,respect award presented to me by HRH Prince William. the impact that DXTL, is having was absolutely Phenomenal. To date, we have our own online Radio Station and we are still attracting high profile support because what we are doing within the campaign simply works,  and in years to come and as long as it takes to improve poor touchline behaviour for our referees and children, We will still be here.

We went from strength to strength with DXTL securing some funding in 2014,2015 from the FA, The National Lottery and an organisation called You are the Ref.

DXTL is now, a well-established respect/reFspect awareness campaign,  which is heavily supported by grassroots football, The PGMOL, and the PFA. The campaign is also recognised by football’s governing bodies and to this date, we are still attracting high-profile support including Grassroots UK, And in years to come, and as long as it takes to improve and adopt a zero-tolerance stance to poor touchline behaviour for our referees and children. DXTL will still be campaigning. Mal-Lee (Founder DXTL)

20TH Anniversary Of DXTL Out And About At Grassroots Football REFspect