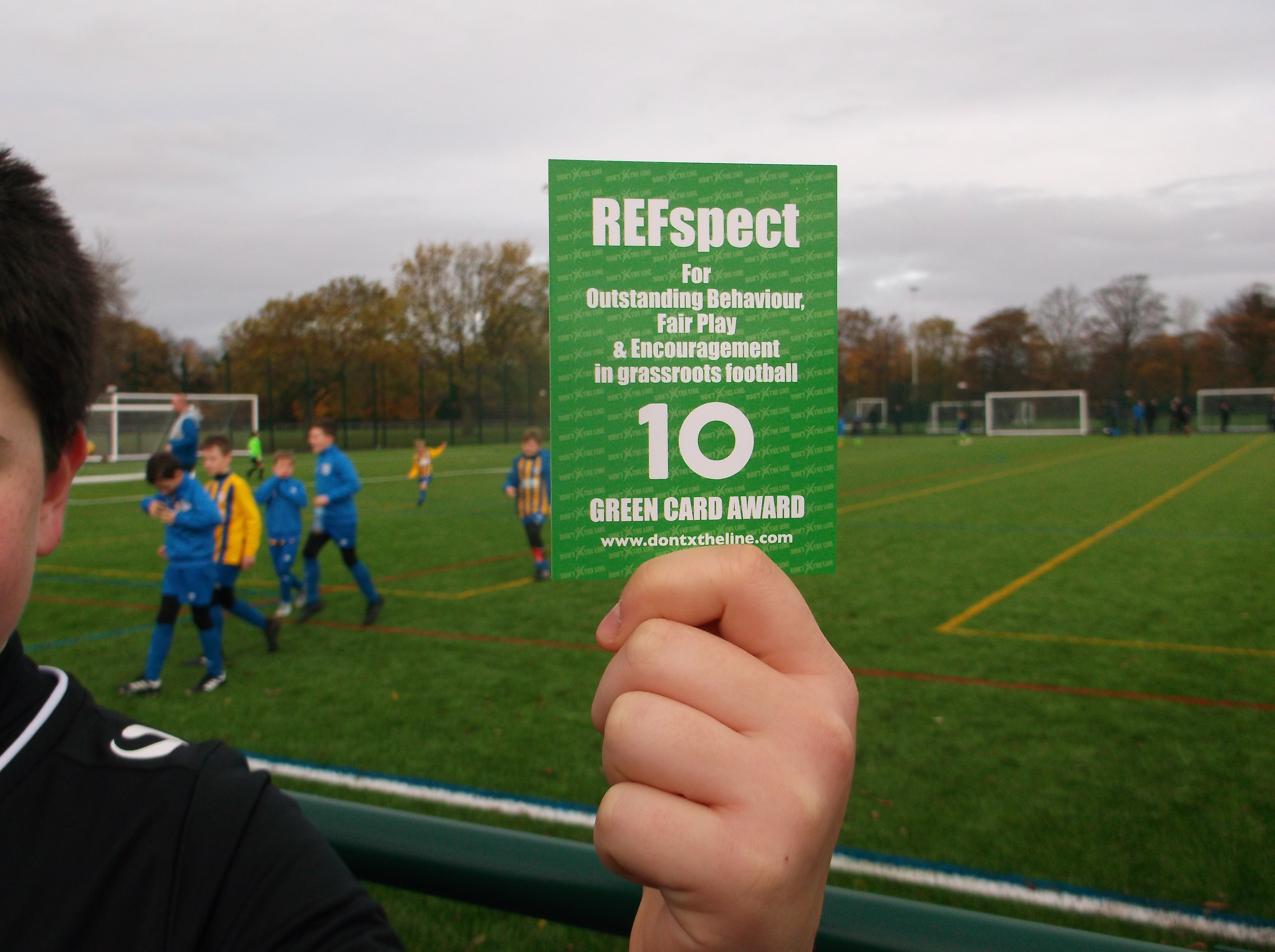 Not a week goes by in the UK without another horror story weaved into the tremendous work carried out by our young match officials in grassroots football. In the aftermath of the assault on Irish grassroots football official Daniel Sweeney, the BBC have opened its doors to the public to share stories of the  grassroots football community and it makes the your jaw drop to the floor.

Don’t X The Line receive this kind of information weekly from across the UK to our inbox, it’s this that drives the team to work hard in the development of new resources and initiatives such as the new re-launched Refspect programme due for release to the public on December 1st.

The word respect is thrown about as the standardised default position expected by the public when it comes to behaviour, but ultimately it will be strict operational change in the accountability of clubs that will turn the tide. I mean think about it for a second, we can ask driver on our roads to drive slower to reduce injury and deaths on our roads, but it’s the installation of speed cameras that slow down the selfish and reckless on our roads. We don’t have grey areas to solve our problem of speeding, we have a change to the environment that forces people to stay within the law. Now we are not talking about installing mouthing off cameras on the sideline ( tempting as this may be) but clear zero tolerance policies adopted by clubs as mandatory league policy is a close second.

The great clubs don’t need converting, take for instance Lostock Hall JFC in Preston, we dropped in one day to see how the club was managing their sideline and the parents simply chatted enjoyed the game and didn’t shout the word “REF” once,  not one moment of harassment. The game is littered with rubbish and it’s time to stop sweeping this under the carpet with empty slogans and start brushing up the sideline. The elephant in the room is that people will not behave if they cannot cope with competitiveness, they are the same people who smash their game controller when it beats them because it’s out of their control, these people require an education as an opportunity for behavioural change, or a red card from the game.

You just can’t punch people in the face and attack people end of. The last thing we need is a strike which is the thought pattern of some in the game. We need education, Policy change and the potential of charter standard being removed from clubs that refuse mandatory policy change. At the end of the day something has to go and at the moment it seems to be the kids, coaches and referees that are deserving of there place on that grass. If we stand on the touch line and do nothing then we are complicit. Every generation of children deserve the freedom that sport gives them, and we don’t just mean the players.

The young children that step out as match officials in what is often the great unknown to be judged on every breath they take have the hearts of lions, walking into a field full of strangers to provide sport for other children. The truth of the matter is that our country needs people like this in the DNA of its sport.

If you have any stories or reports from your perspective either past present or future drop us a line Via Twitter our doors are open.

REFspect Continues Wherever Your Games Are Taking Place.

Join Us Tonight As We discuss Grassroots Referee Fees And Grassroots Football In general.

The Friday Friday Night Show Back With young Commentators